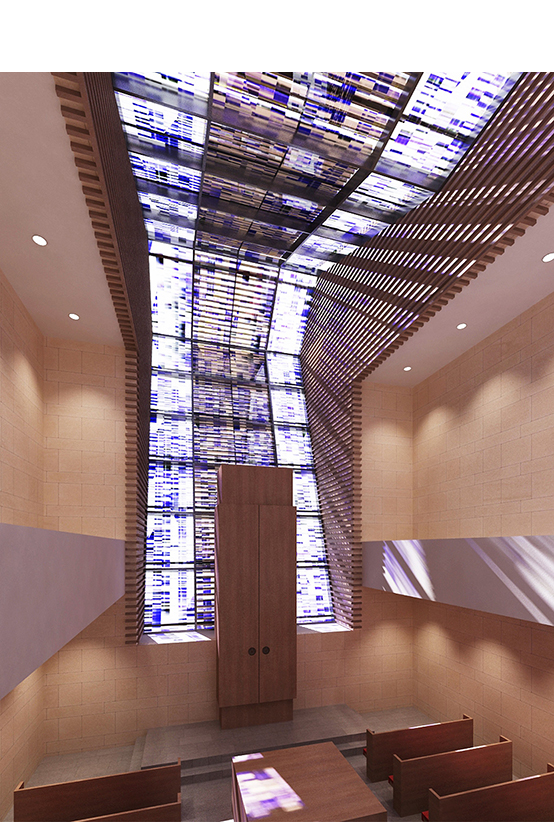 The Old Synagogue was part of a square wall - until 1938 - the northern end of the Weinhof. As a house in a row of houses ”, it has the social image of an integrated coexistence structurally expressed by Jews and Christians in Ulm in the 19th century. The sacred character should also be visible in the square: the synagogue is intended as a space, which is wrapped in a folding tallit (prayer shawl). The tallit is a light and semi-transparent Enveloping the central and high part of the synagogue room. This Jewish robe closely related to prayer it becomes a ritual feature of the building. The highest point of the tallite fold lies above the Almemor, that is, at the place where the Torah was proclaimed. The Torah Shrine is translucent The character of the Tallit as a wooden lamella facade is clearly visible from the square, especially at night. 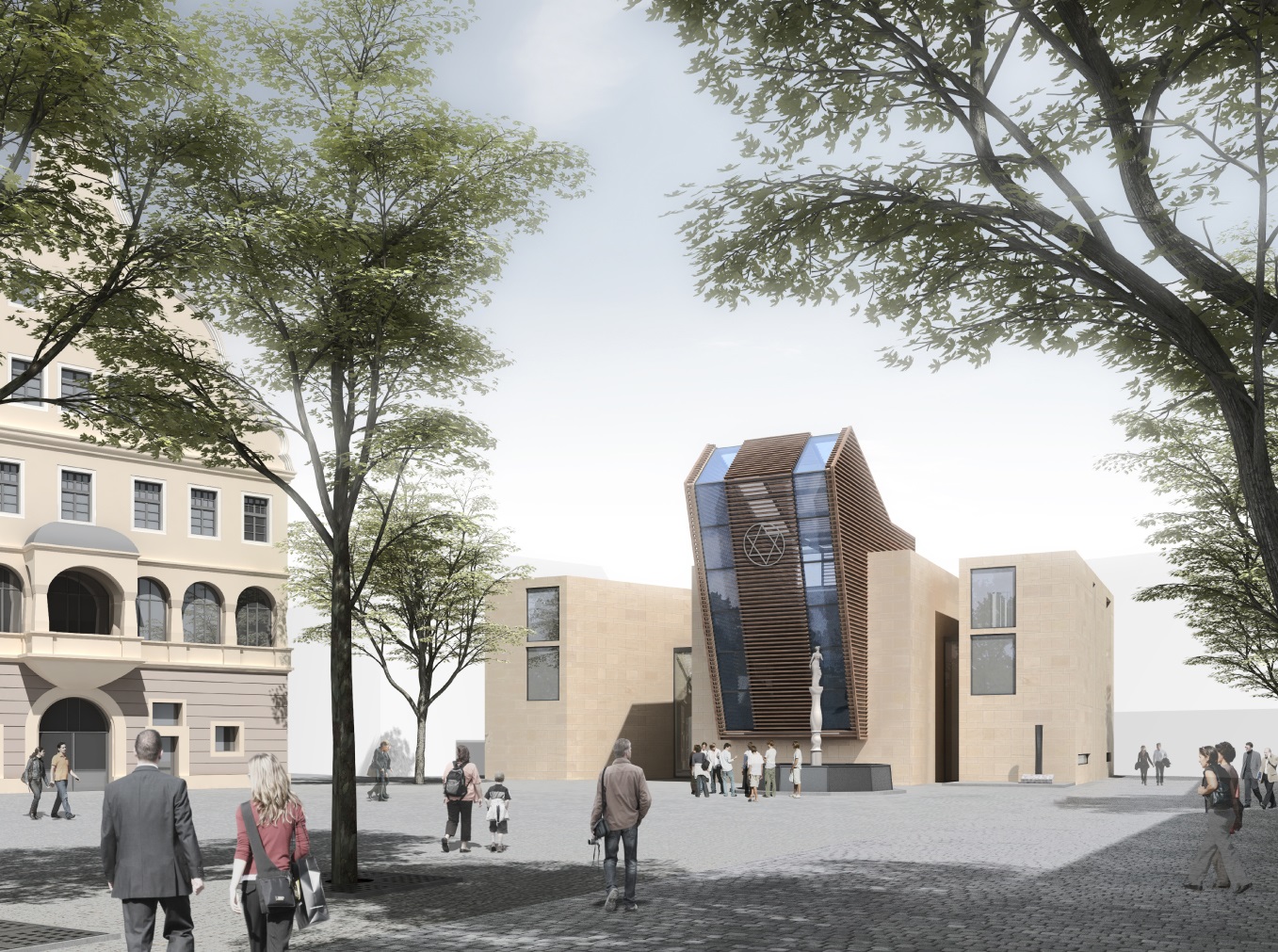 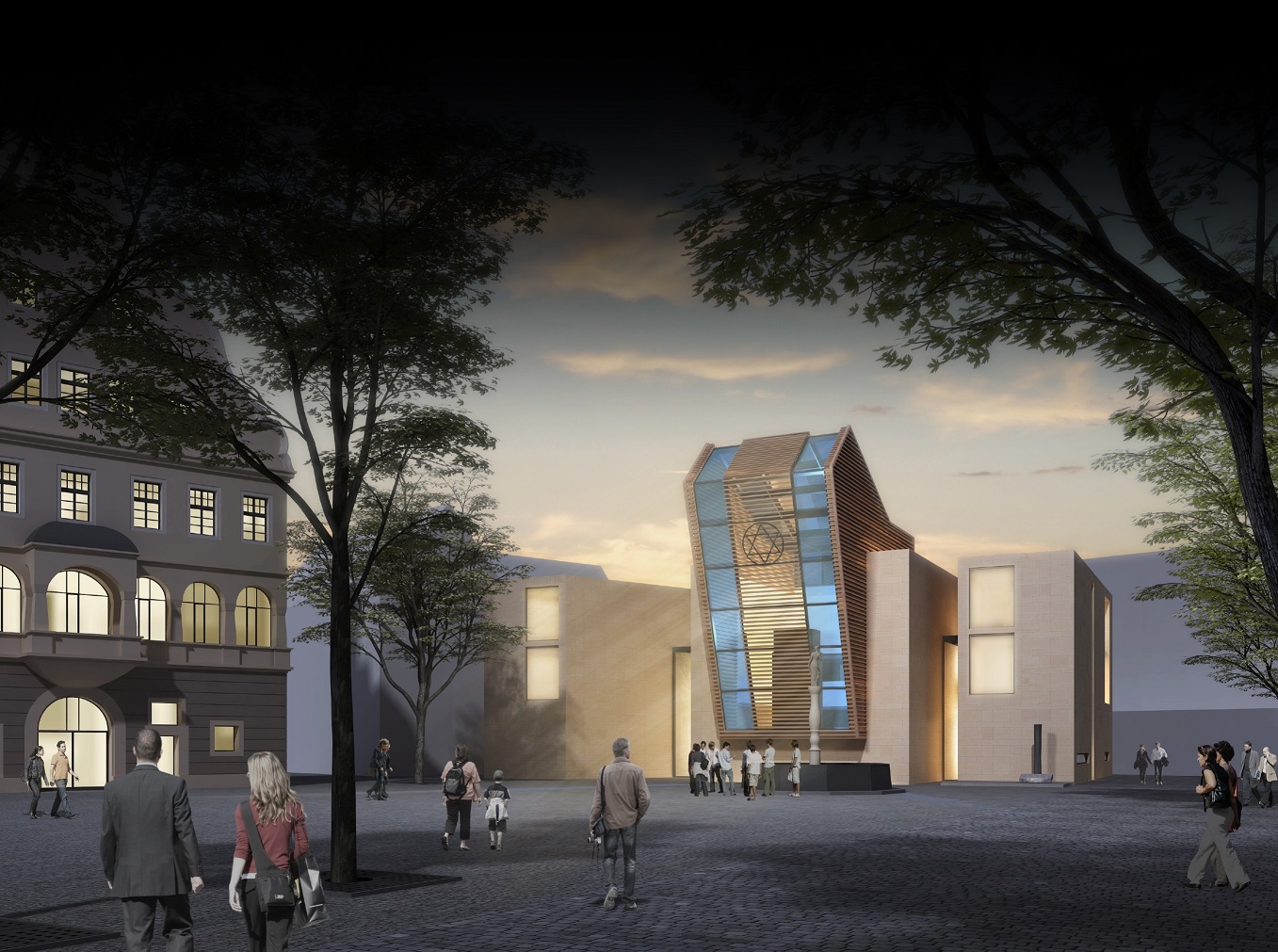 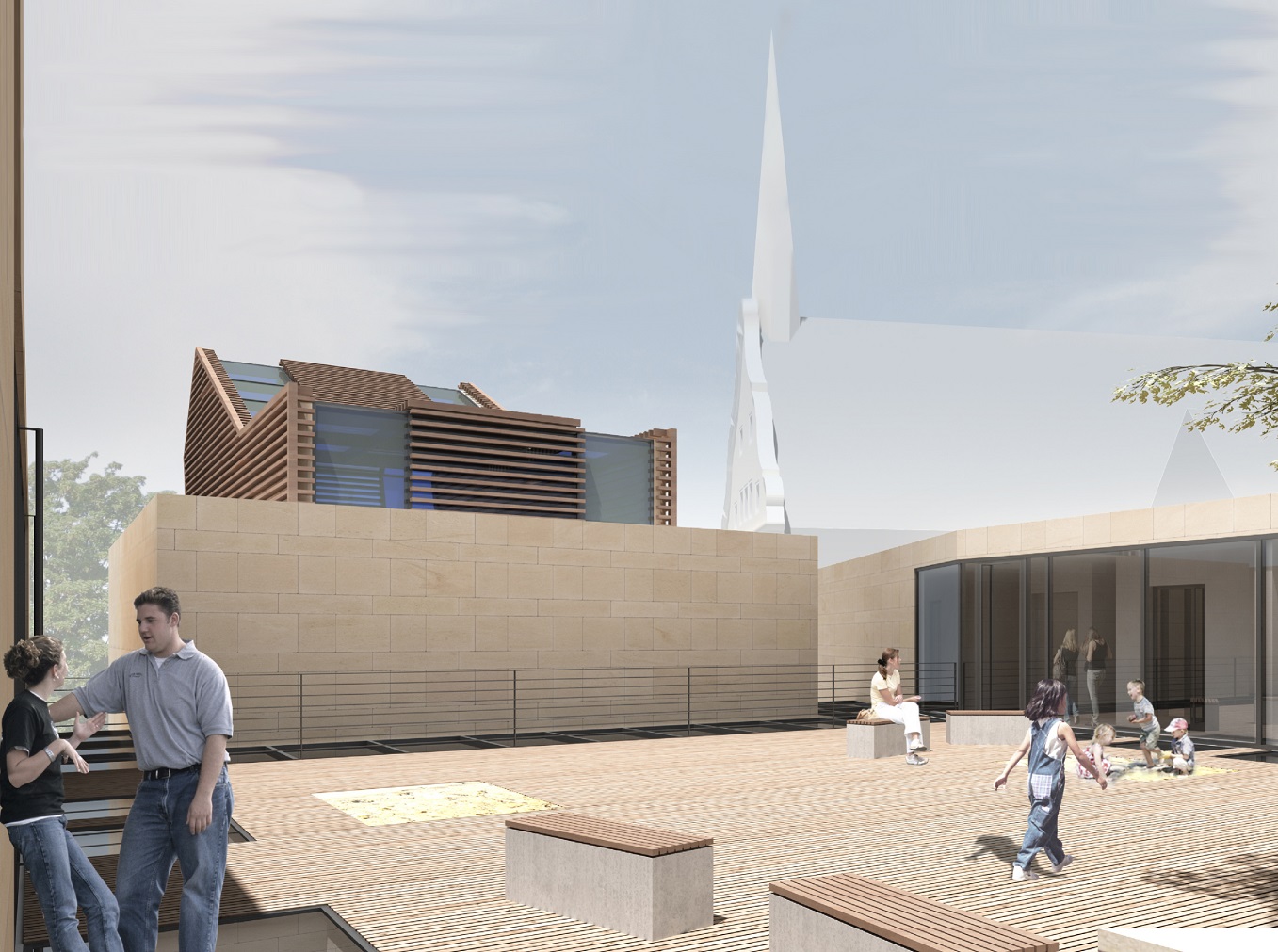 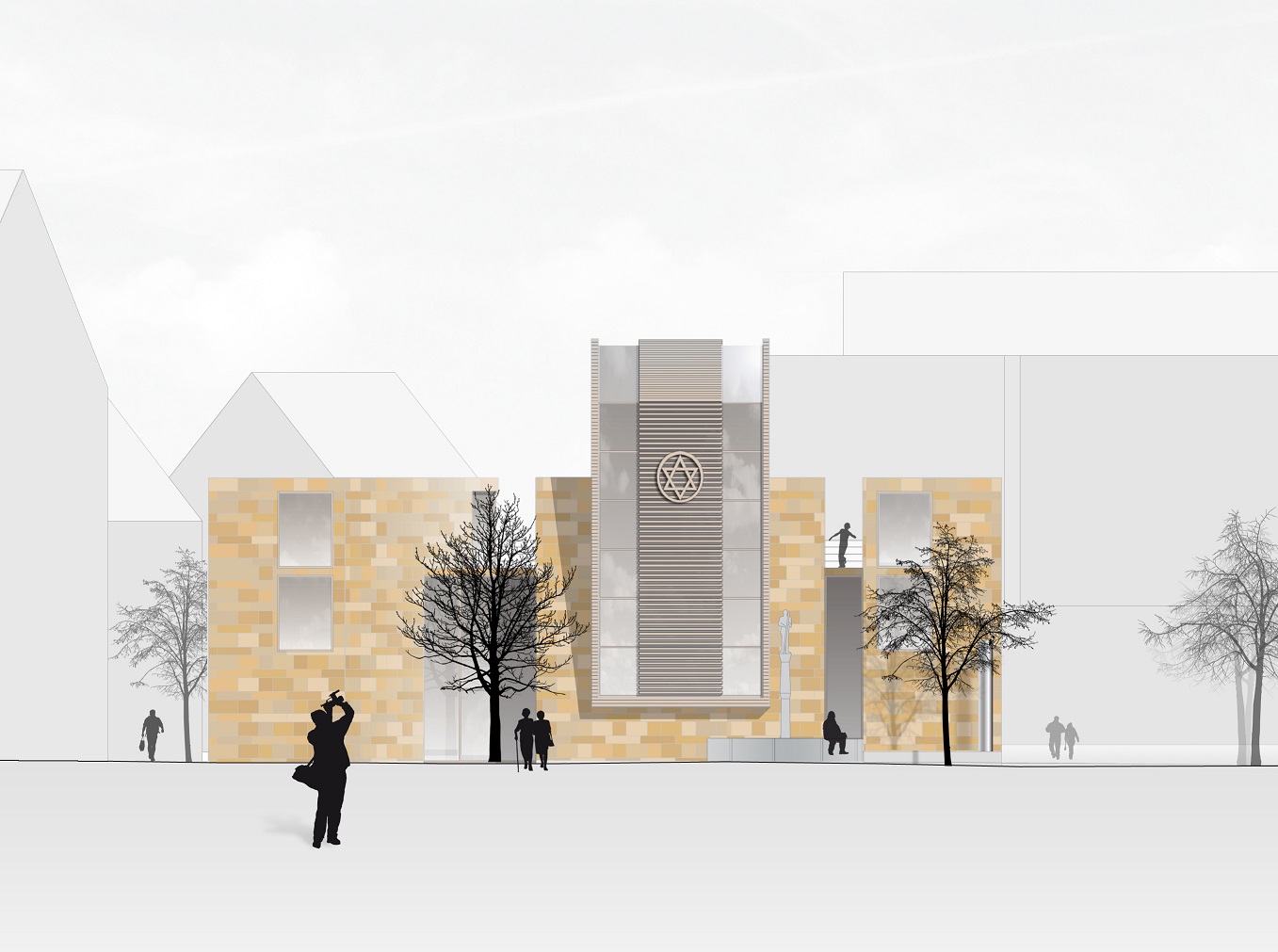 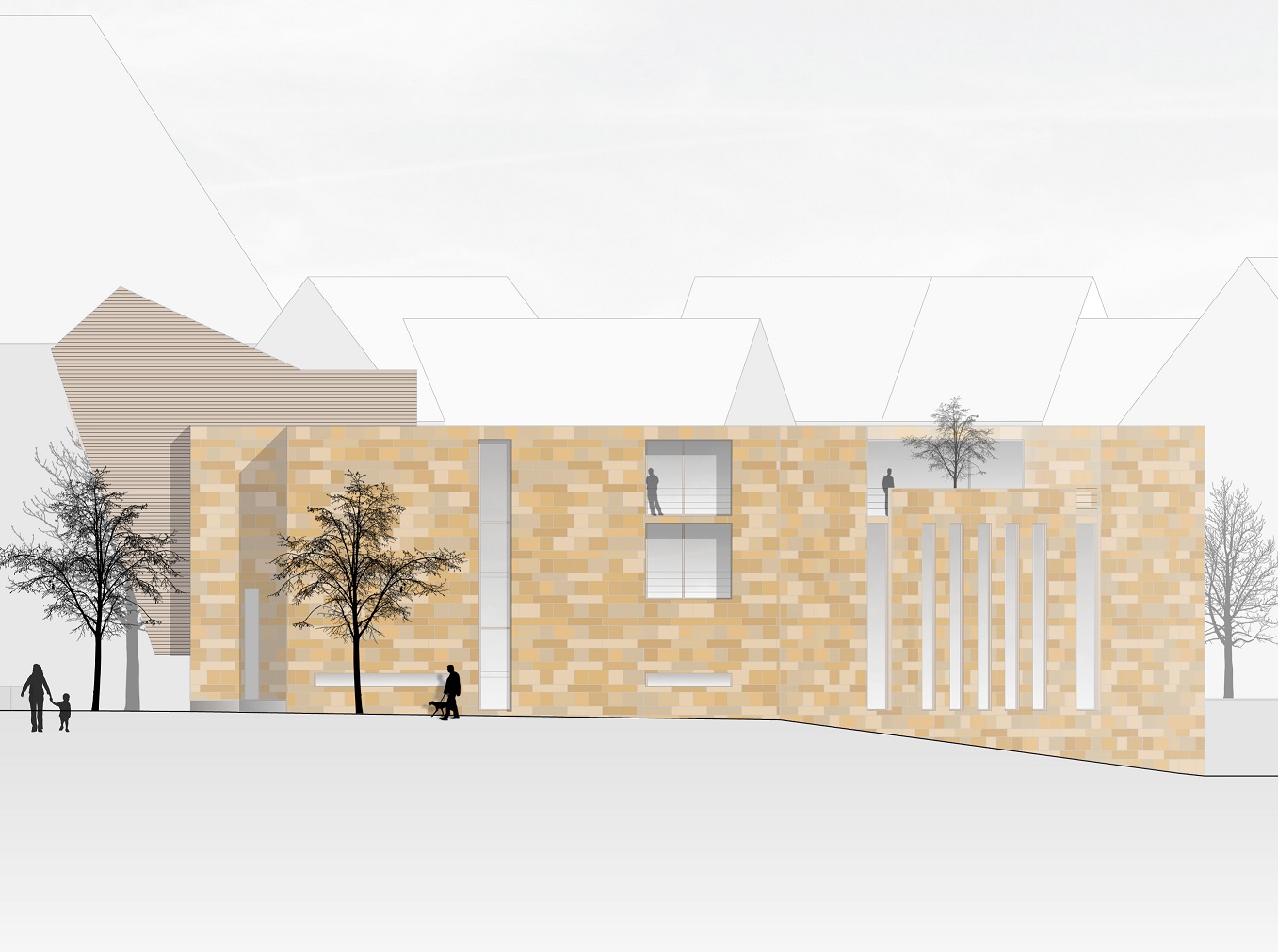 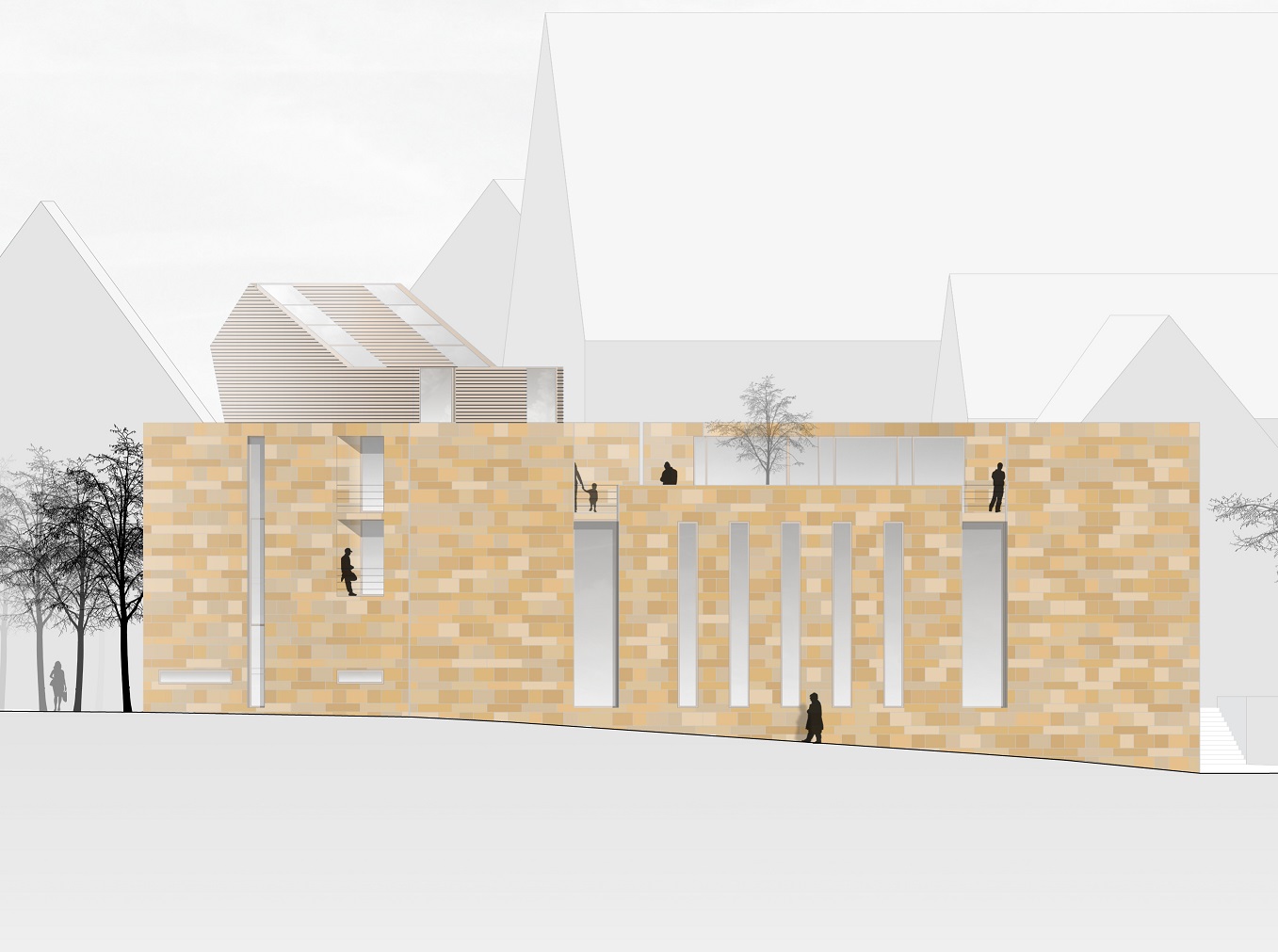 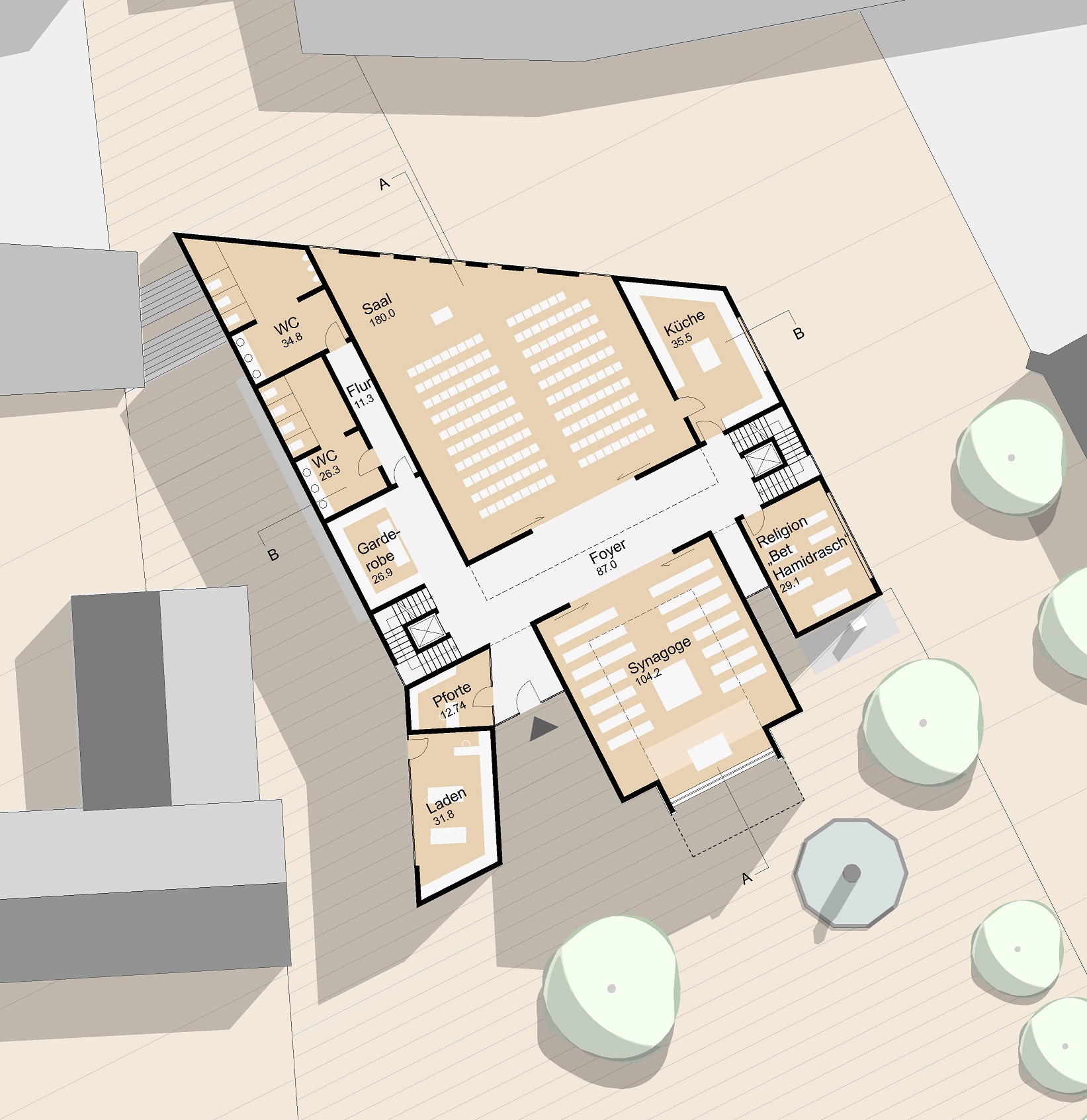 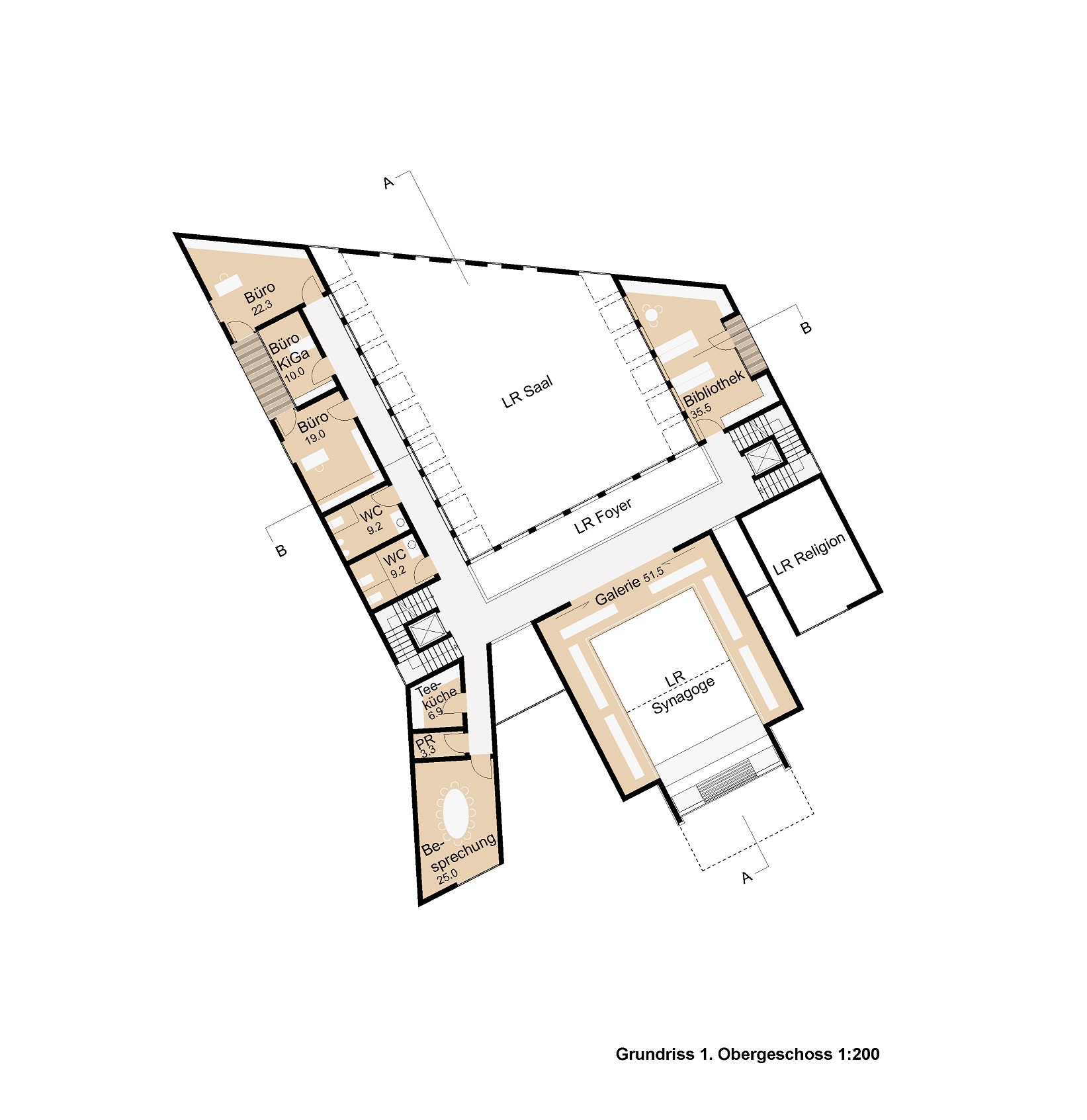 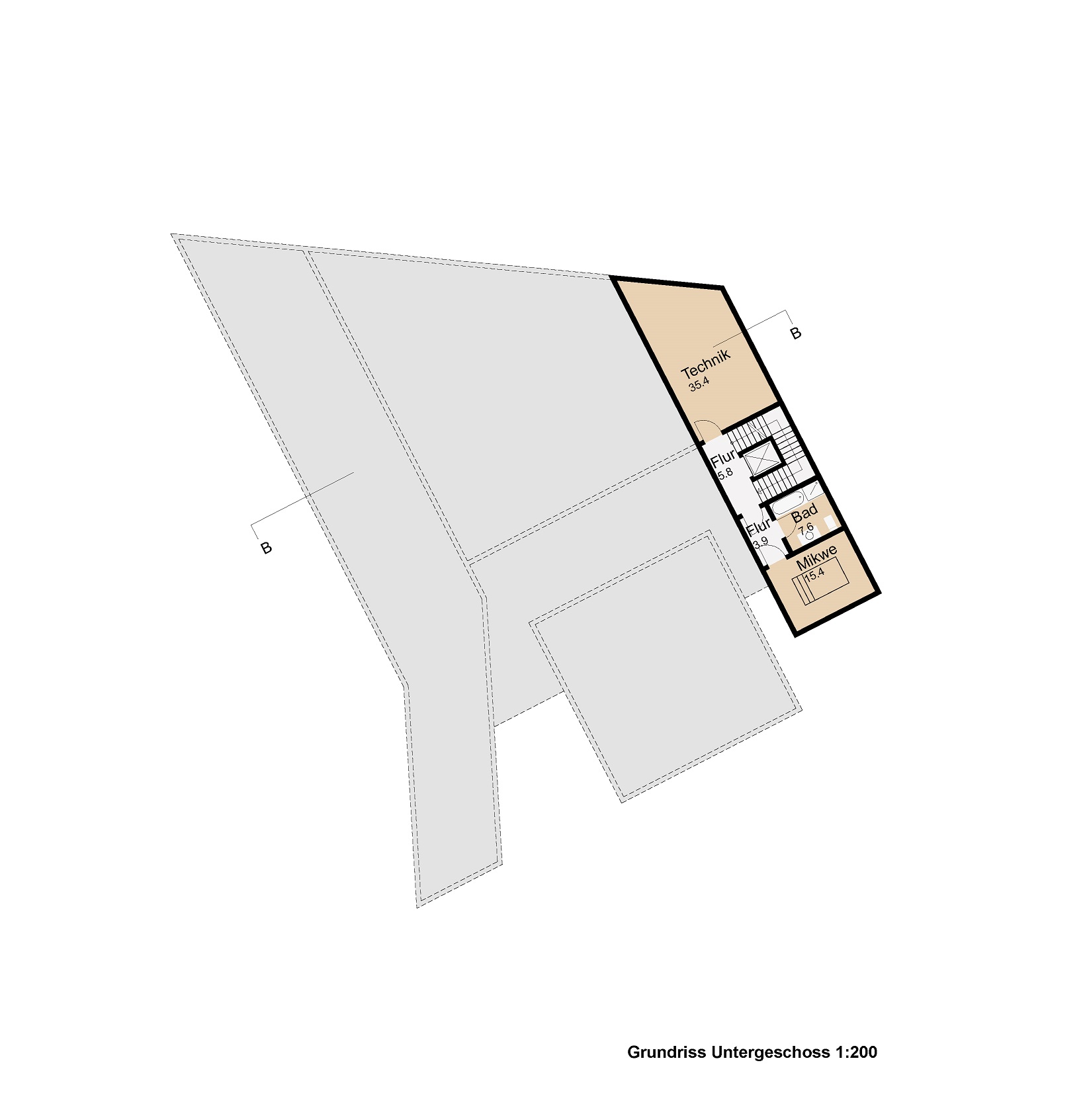 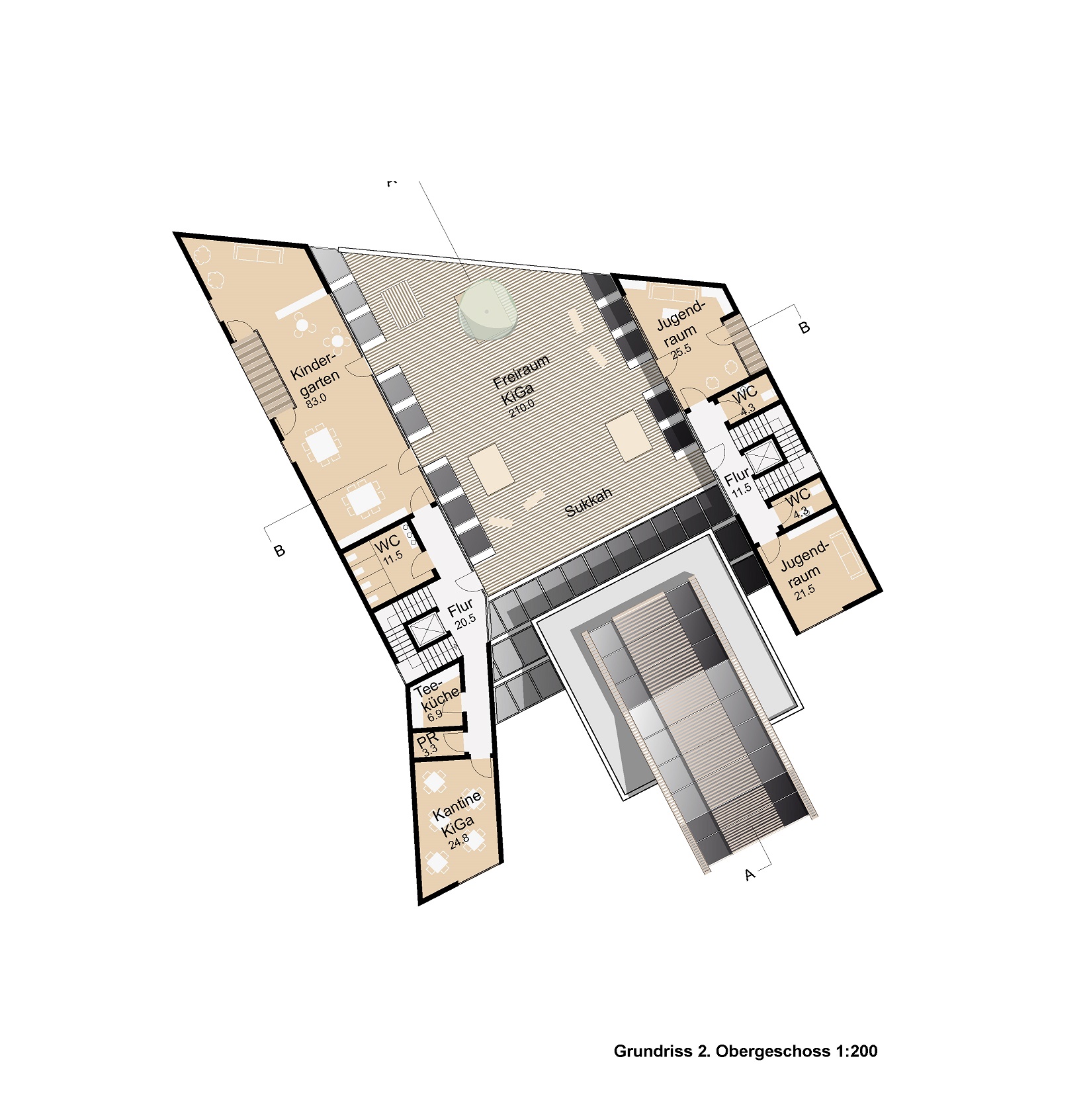 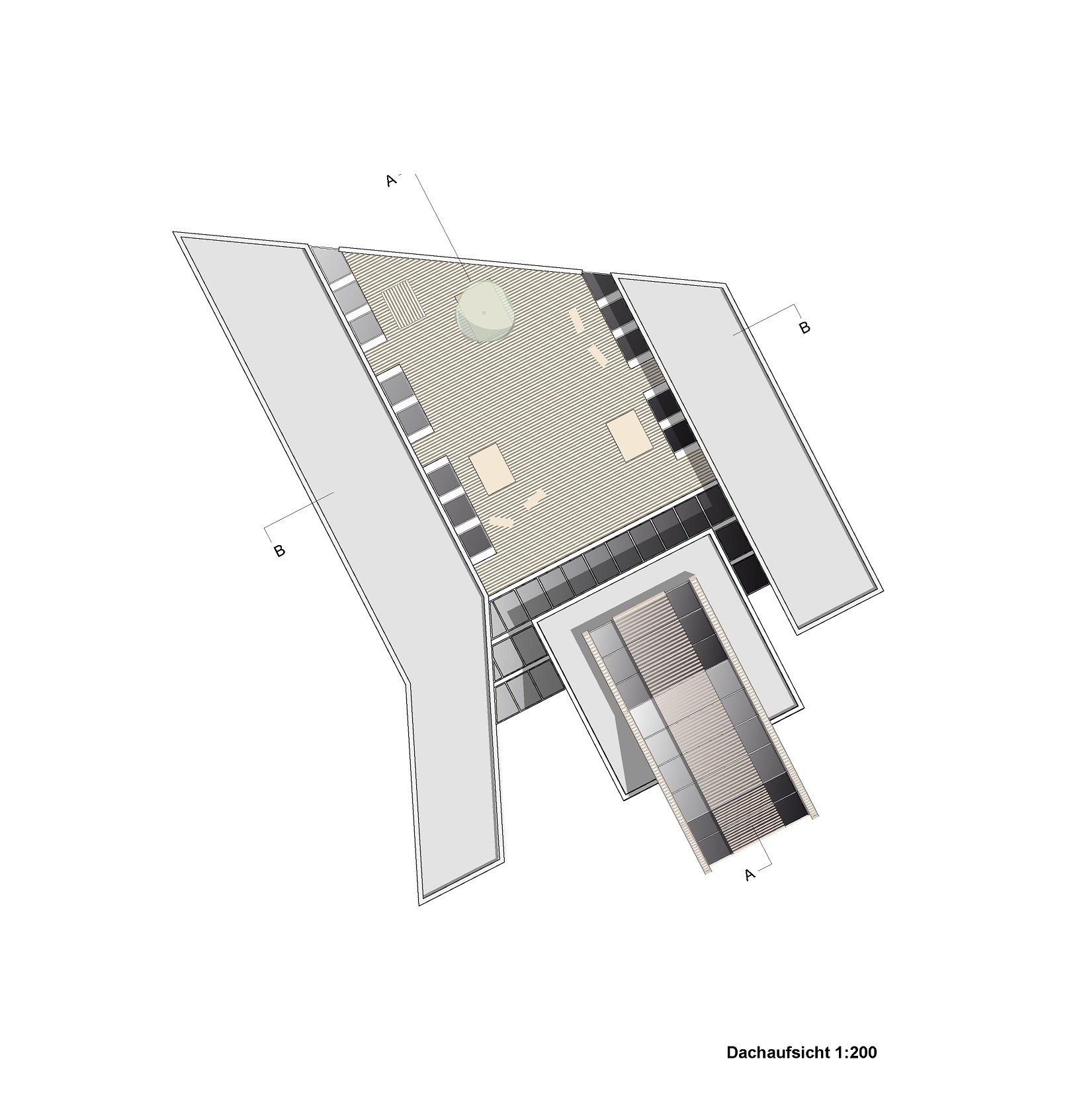 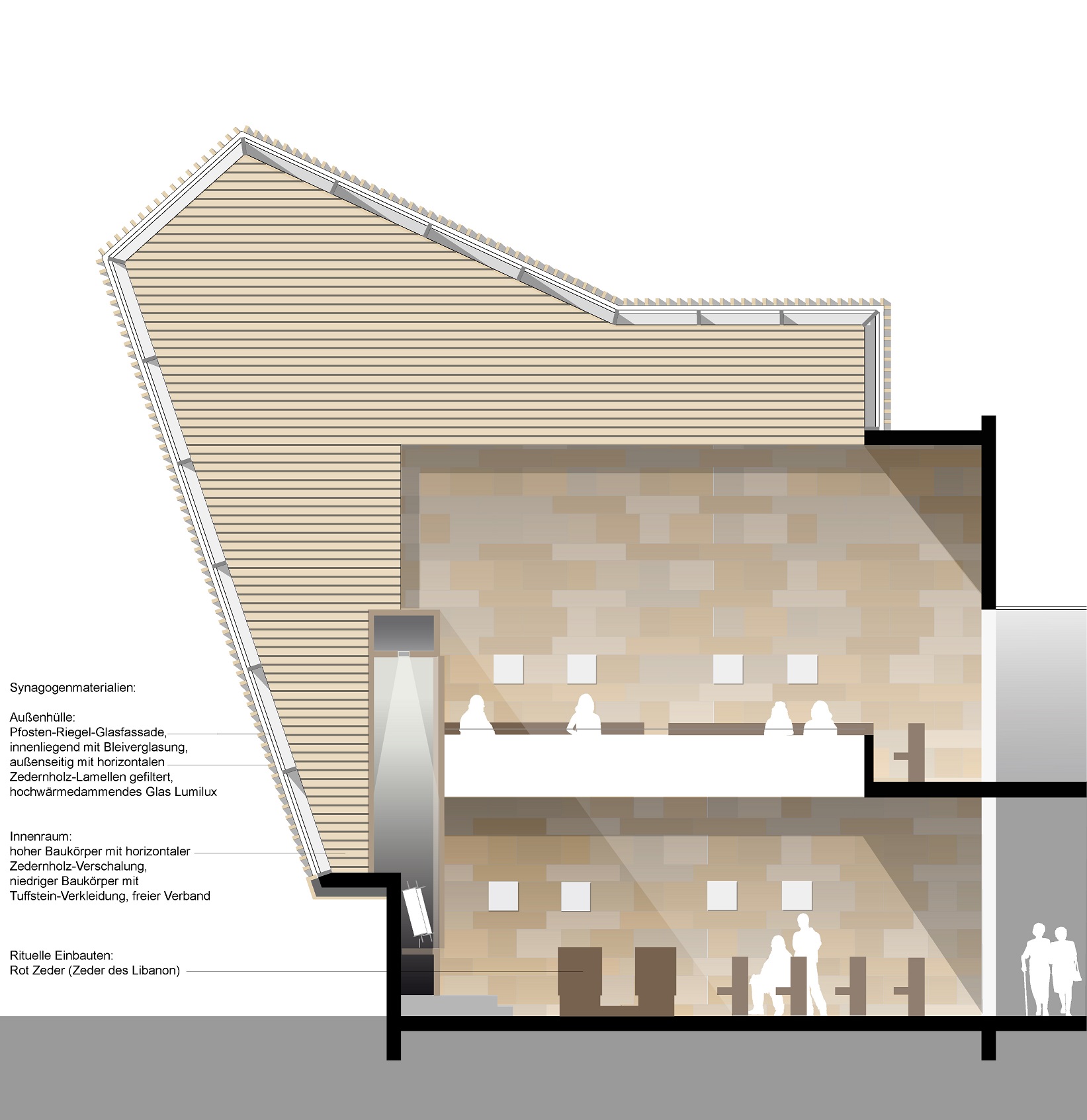